By Kauser KanjiPublished On: October 24th, 2022 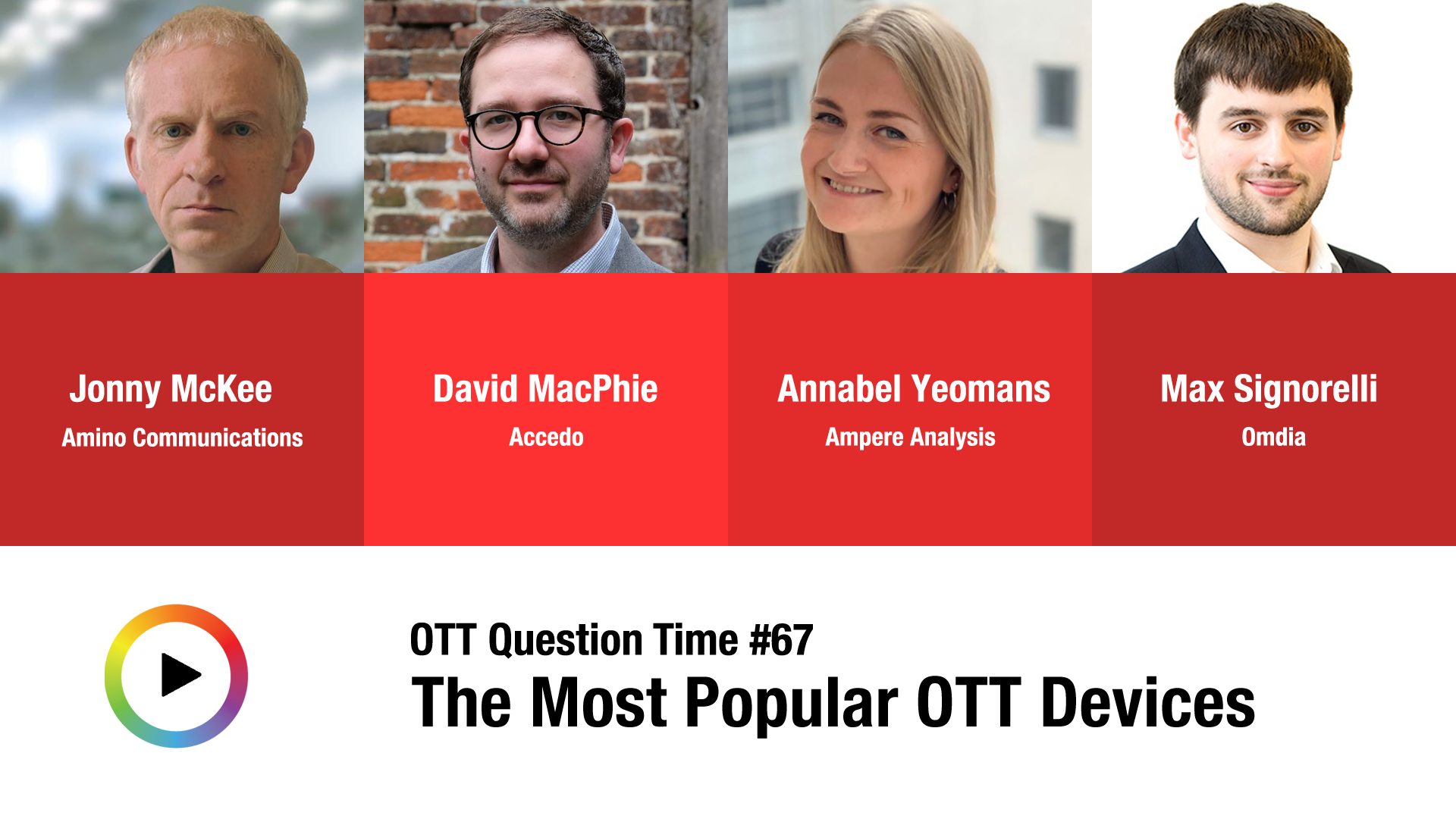 Take a look back at the history of the most popular devices for watching online video and a fascinating picture emerges. In 2011, for example, 67% of the BBC iPlayer’s 1.9 billion TV requests were made from computers (PCs, laptops and Macs). That’s no huge surprise – smartphones were still relatively new, iPads had only come to market the year before and TVs were only “connected” through a selection of IP-enabled set-top boxes. By 2014, OTT viewing via personal devices was all the rage – 46% of iPlayer requests (up to and including August) were initiated from smartphones and tablets with a further 28% from computers. The traditional television set seemed to have lost its place as the prime gogglebox.

Where are we now in 2022? If you’re an OTT service provider, which are the OTT devices you should be creating – or updating – products for? And has the TV regained its crown? That was the subject of this week’s OTT Question Time (Thursday 27th October).

Together with Jonny McKee, VP of Product and Customer Support at Amino Communications, David MacPhie, Director of Global Sales at Accedo One, Annabel Yeomans, Senior Analyst at Ampere Analysis, and Max Signorelli, Senior Analyst Media & Entertainment at Omdia, we discussed: