How Will Disney+ Stack up Against its Rivals?

Disney has announced an impressive slate of headline titles for its new Disney+ direct-to-consumer service, launching in the US in November 2019. Titles such as the Marvel and Star Wars franchises, classic Disney and Pixar animations and a host of family-friendly Fox titles – including 30 seasons of the Simpsons – as well as Original films and TV shows. Based on its ongoing tracking of SVOD catalogues globally, Ampere Analysis has prepared this exclusive comparison of the catalogue size of Disney+ with the incumbent platforms.

What we know so far:
Disney has confirmed that the service will launch with 7,500 TV episodes and 500 movies in November this year.

Richard Cooper, Ampere Analysis Research Director states: “Disney is focused on quality over quantity for the Disney+ launch slate. Perhaps unsurprisingly for a new service, Disney+ will initially carry a significantly smaller line up of titles than the established US incumbents – Netflix, Amazon and Hulu. Every Disney title will need to guarantee an audience, but with the entirety of Disney and Fox’s library to choose from, that’s very achievable.”

To keep its catalogue fresh, Disney has announced upcoming originals spend of $1bn in its fiscal 2020 year for Disney+, which will reportedly fund 10 films and 25 TV shows (15 green lit at the time of writing). Disney+ Originals spend is planned to increase to $2.5bn for fiscal 2024.” 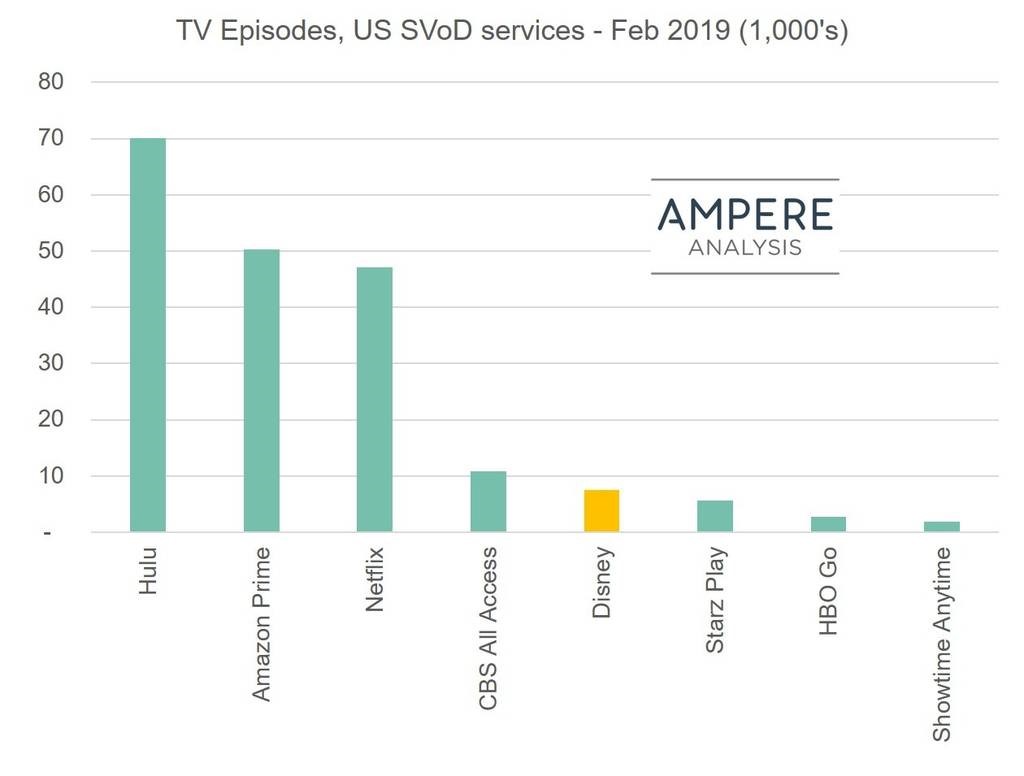 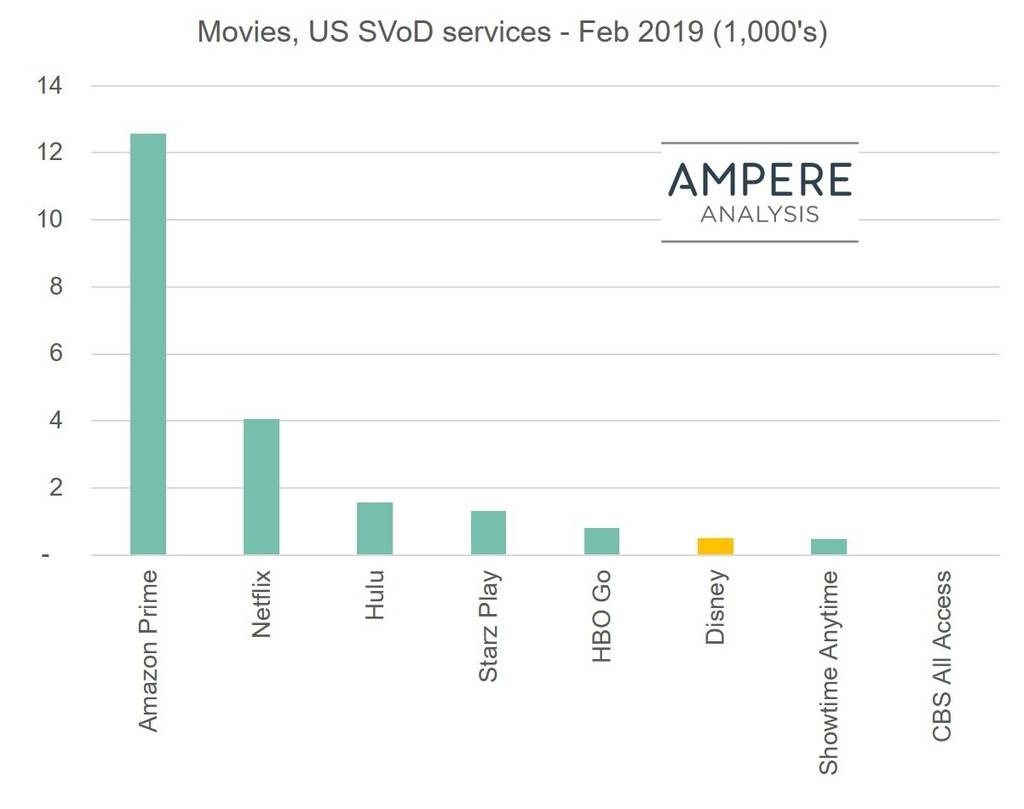 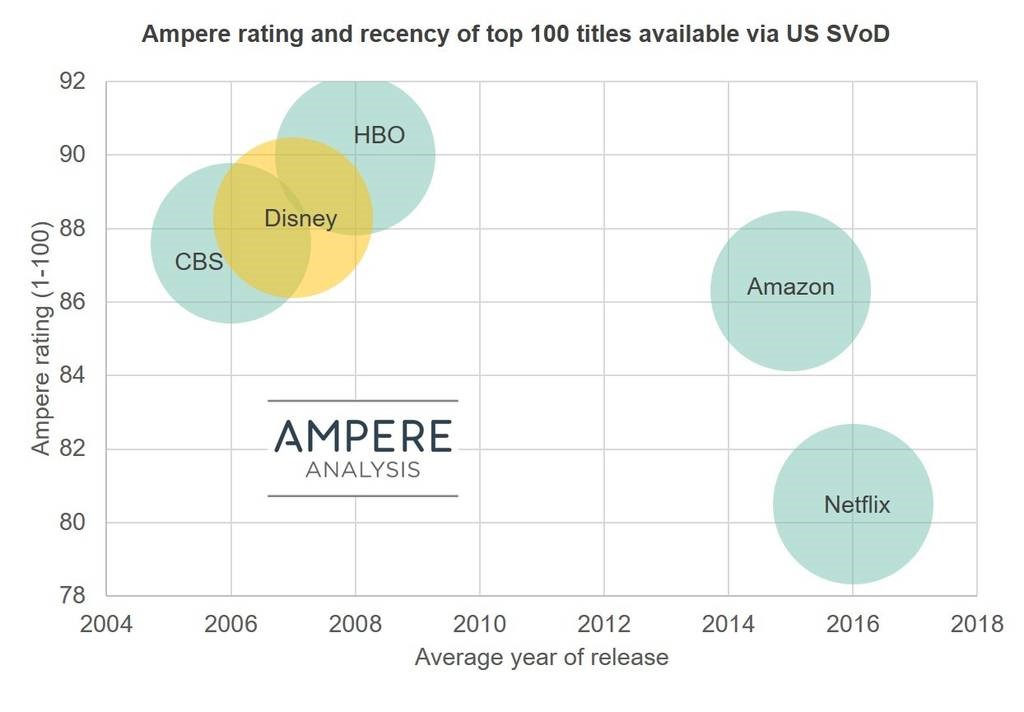 Richard Cooper states: “Even among the titles still available through SVOD platforms in the USA the existing catalogue of Disney content ranks highly for the quality of its content – below HBO but above Amazon and Netflix. Disney has been removing content from competing SVOD platforms as it prepares to launch Disney+ in November, leaving a handful of blockbuster titles but predominantly a larger number of older titles.”