By Kauser KanjiPublished On: October 6th, 2022 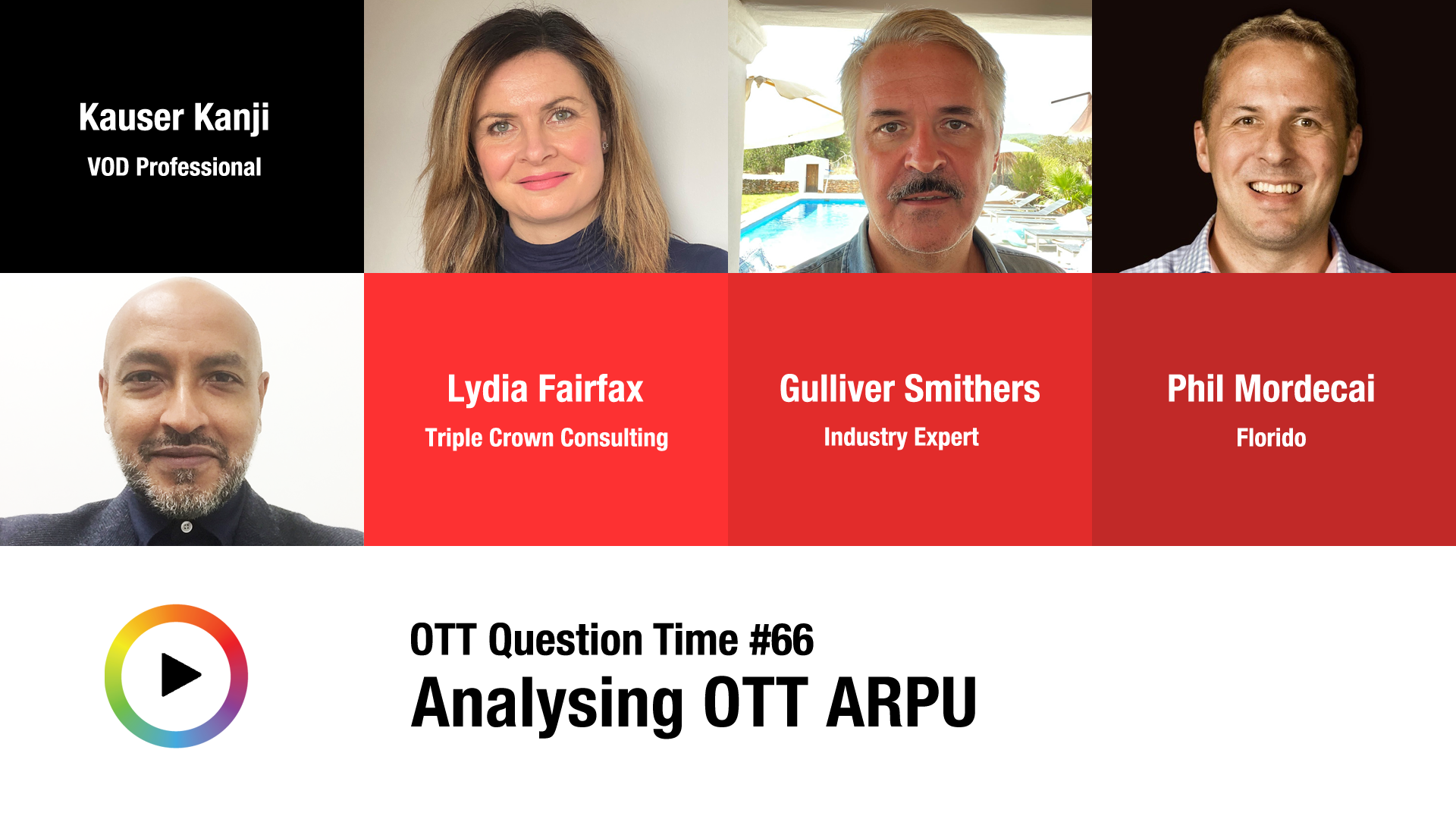 In our recent OTT Question Time about Disney vs. Netflix, Alan Wolk of TVREV told us that although technically Disney had more subscribers than Netflix (222.1m vs. 220.7m) that might not be the best metric for comparing the two companies. Why? Because over a quarter of Disney’s customers came from Hotstar in India and their average ARPU ranged from just 57 cents a month to $3.76 a month – a high rate of variability.

Is ARPU, then, a better metric than raw subscriber numbers? How do we measure ARPU for other OTT pay models? And how do we gauge ARPU in the context of free trials and churn? That was the topic of this week’s OTT Question Time.