How Quickly is Linear Ad Revenue Falling for Broadcasters?

By Kauser KanjiPublished On: September 11th, 2019

Together, these revenue streams form something of a virtuous circle – 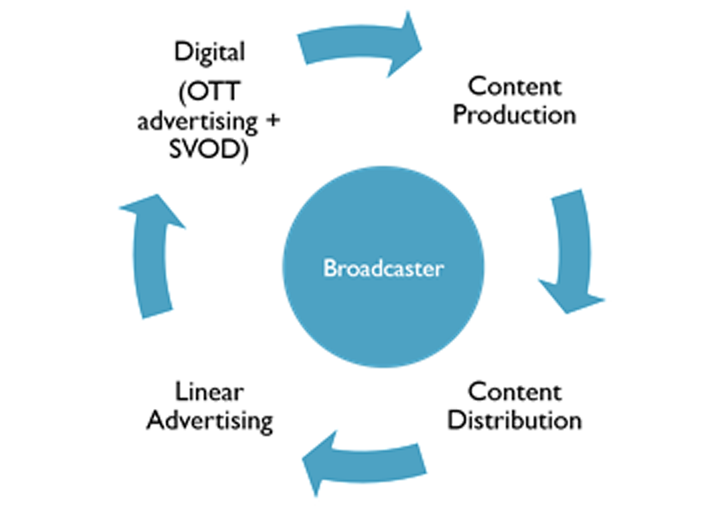 The more income that is generated, the more money there is to invest in content production; the more content that’s produced, the greater the opportunity of creating hit shows / movies which can then be effectively monetised. And so far, overall revenues – at least for major broadcasters – have remained robust.

Note: Discovery’s huge revenue growth includes the acquisition of the Scripps Network in 2018.

The problem for broadcasters, however, is that audiences all over the world are watching less live TV than before and so concomitant linear advertising revenues have also diminished. Again, looking at 2013 – 2018, Channel 4’s linear ad income is down 3.4%, CBS’s is down 17.7%, and the Canadian Broadcasting Corporation’s is down 12.7%.

So, how quickly is linear advertising revenue falling? Obviously, that depends on the broadcasters you study but using my sample above, it looks like average revenue has decreased by 8.5% over the past six years and 0.7% in the last three (and that’s only because CBC had a great 2018 compared to 2016. If we remove them from the equation, the three year variance is minus 5.98%).

And sure, digital revenues are climbing but they’re not growing quickly enough to bridge the gap.

It’s instructive to note that of the ten national and international broadcaster’s finances that we studied this year (CBC, CBS, Channel 4, Discovery, ITV, RTL, SRG SSR, TV4, UKTV and Viacom), only the three above have reported their digital revenues. This suggests that for most broadcasters, digital performance has not been strong enough to merit much publicity – especially in the context of financial statements. Perhaps it’s no coincidence then that in its 2018 financial results, ITV has stopped referring to “Online, Pay and Interactive” as a separate revenue stream.

It’s going to be interesting to see how this plays out over the next few months. If linear revenues continue to decline by say 4%, that doesn’t mean that the virtuous circle has 25 years until it completely breaks down. Less income may lead to less content production which, in turn, may diminish the depth of broadcaster’s other sales channels.

Any thoughts? Drop me a line.