By Kauser KanjiPublished On: March 7th, 2022 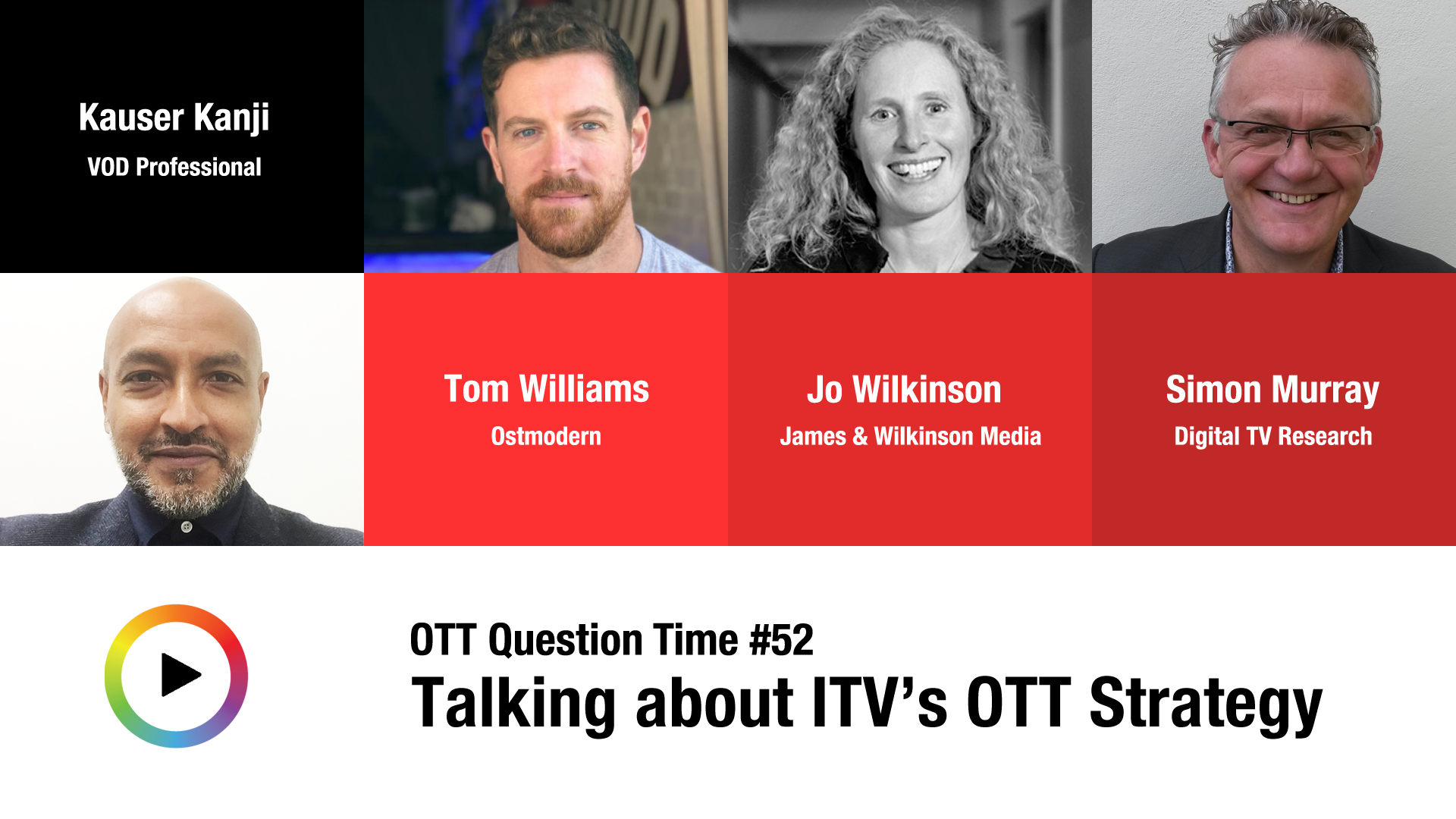 As a broadcaster, and as an OTT service-provider, ITV is a fascinating company to study and analyse. Sure, it comes with a legacy tech stack but has often been willing to embrace vendor and platform solutions to quickly get to market. It operates using lean teams full of smart people to deploy those products. And, at the same time, it always seems to have its camera set to wide angle – maximising linear and digital advertising income, cultivating new revenue streams and building an end-to-end workflow to help do that.

Following the recent news that ITV has bought out the BBC’s shares in BritBox, and that it intends to launch a new amalgamated on-demand service called ITVX, at this week’s OTT Question Time (Thursday 10th March, 4pm UK) we talked about ITV’s OTT strategy.