Netflix has posted erratic results in its latest financial results statement for Q2 2019. The streaming giant had expected to grow its user base by 5 million last quarter but could only manage 2.7m new subscribers. Despite this, Netflix still increased average paid memberships by 24% YOY while ARPU increased 3% year over
year on a reported basis. Operating margin of 14.3% (up 250 bps year over year) was also higher than its beginning-of-quarter forecast.

“Our missed forecast was across all regions, but slightly more so in regions with price increases. We don’t believe competition was a factor since there wasn’t a material change in the competitive landscape during Q2, and competitive intensity and our penetration is varied across regions (while our over-forecast was in every region). Rather, we think Q2’s content slate drove less growth in paid net adds than we anticipated. Additionally, Q1 was so large for us (9.6m net adds), there may have been more pull-forward effect than we realized. In prior quarters with over-forecasts, we’ve found that the underlying long-term growth was not affected and staying focused on the fundamentals of our business served us well.“

With the release of Season 3 of global hit Stranger Things this month, as well as new seasons of The Crown, Money Heist and the final series of Orange is the New Black on the way, Netflix expects a strong Q3. It forecasts paid net adds of 7.0m, up vs. 6.1m in Q3’18, with 0.8m in the US and 6.2m. 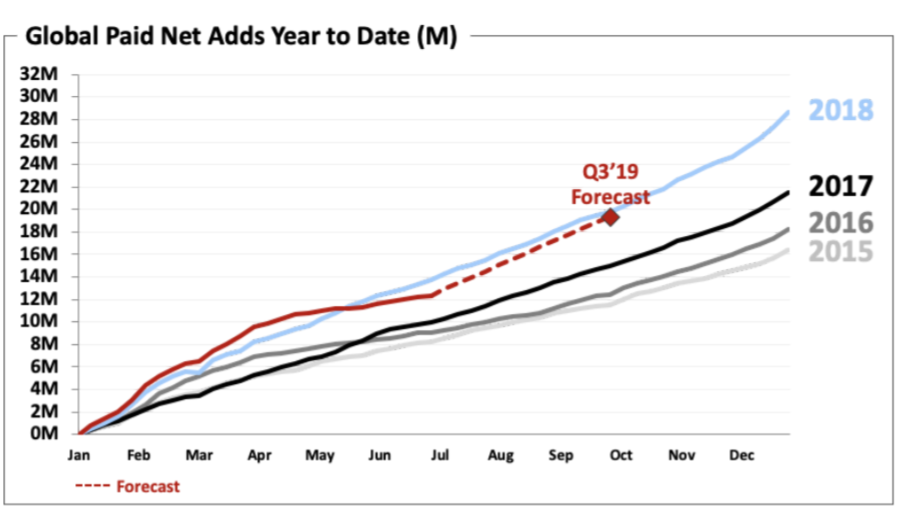 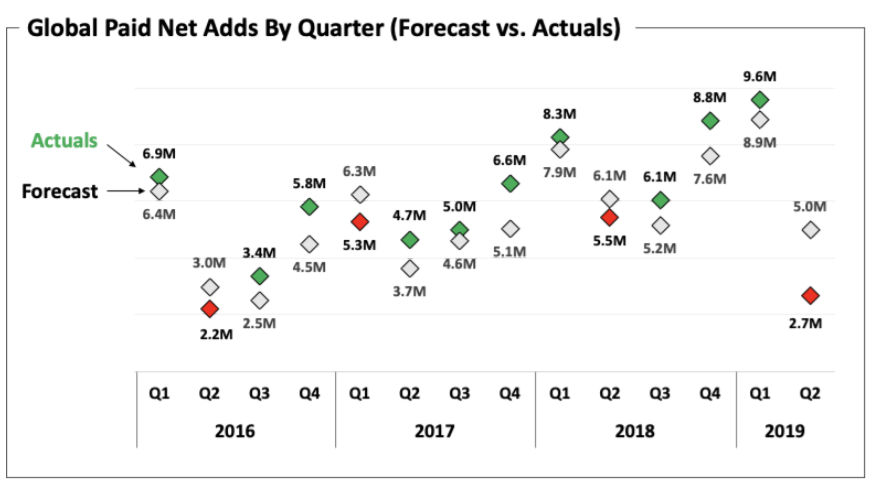