11.6m UK Homes Now Use at Least One SVOD Service

By Kauser KanjiPublished On: January 24th, 2019

BARB, the organisation that measures the UK’s television audience and viewing habits, has just released a new SVOD Report based on data from its Establishment Survey which covers 53,000 household interviews every year. Distilling the document down, here are three top-level findings from the report:

BARB defines “unidentified viewing” as SVOD viewing, playing games and watching programming more than 28 days after broadcast. These activities now form 19% (or 46 minutes) of all daily television viewing – up from 16% (40 minutes) in Q3 2017. 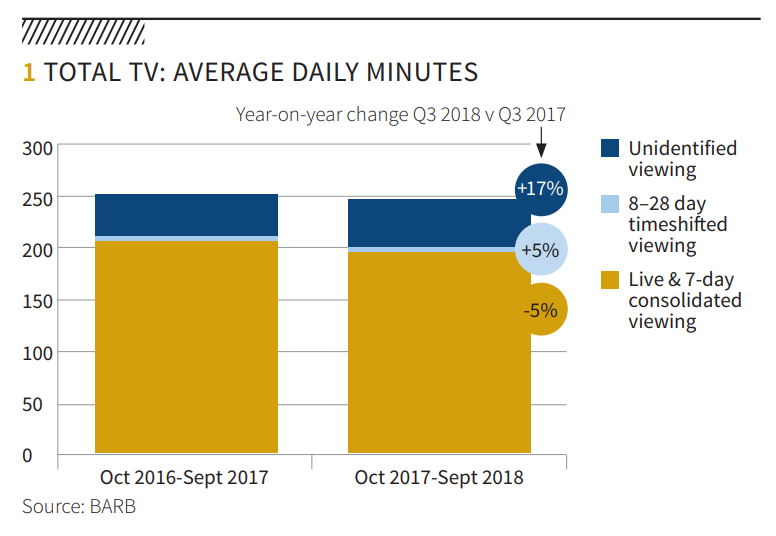 Those SVOD services being either Netflix, Amazon Prime Video or NOW TV. This is a YOY increase of 22% between Q3 2017/18. Overall, Netflix has added 2.2m households over the period, Amazon more than a million homes and NOW TV accounts for nearly 200,000 new subscriptions. The number of households using two or more SVOD services has risen by 40% from 2.8 million to just under 4 million in the past year. 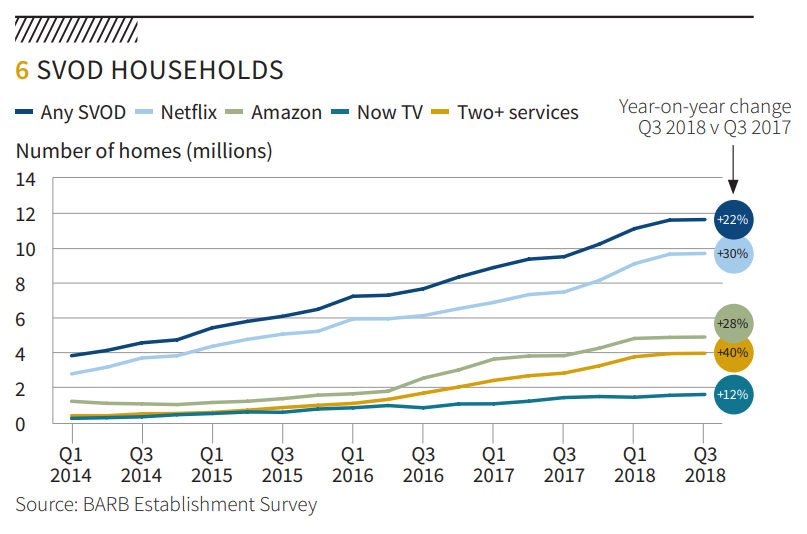 #3. Amazon has the biggest penetration among ABC1 subscribers

From the report: “Possibly unsurprisingly, 64% of households that subscribe to any of the three SVOD services are ABC1, well ahead of the 53% that ABC1s represent in the UK population overall. The biggest player, Netflix, and Now TV are both in line with this average, with 63% ABC1 households. Amazon, however, has an ABC1 profile of 73% – indexing at 38% ahead of the UK.“ 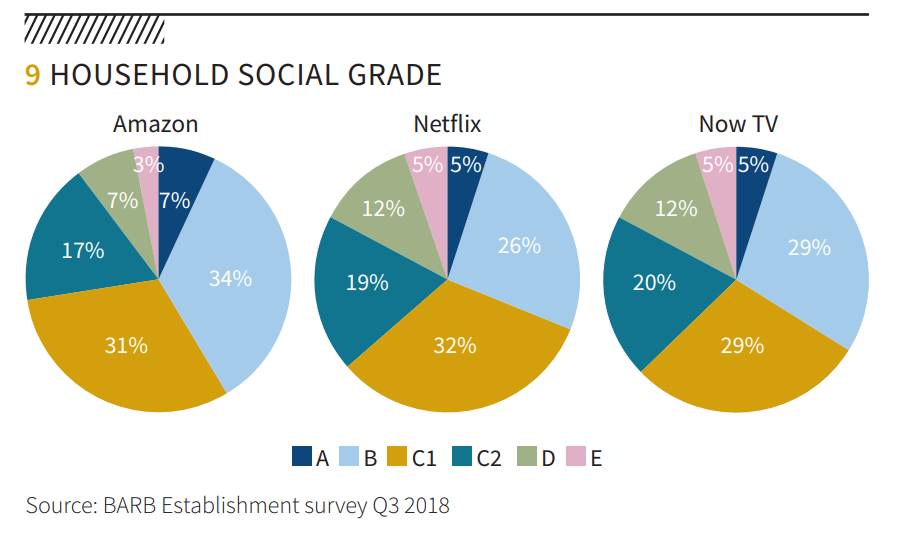 BARB’s SVOD Report, including all numbers from its Establishment Survey since Q1 2014, can be found here https://www.barb.co.uk/trend-spotting/the-svod-report/